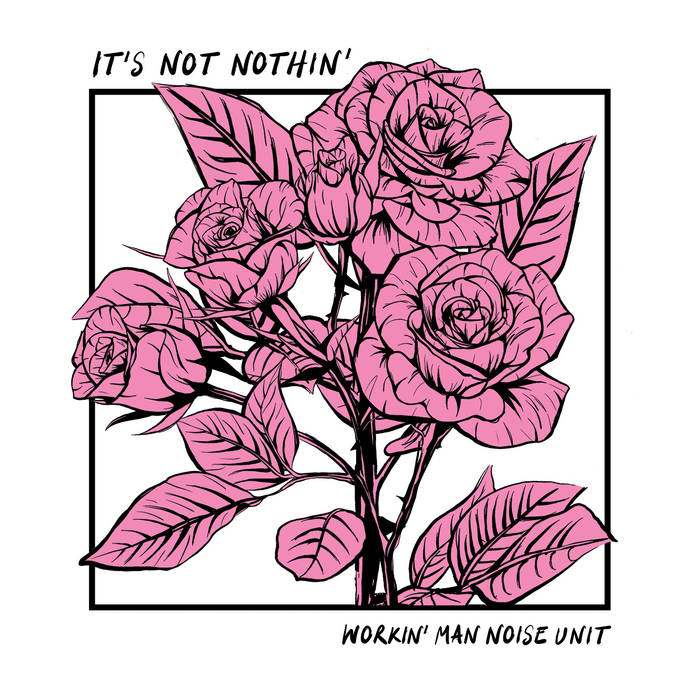 Starlion Magnificent psychedelic punk! Or something... and I love it!

Recorded, mixed & mastered by the one, the only Wayne 'Wazza' Adams at Bear Bites Horse. The man is a hero.

Artwork by Yen 'Screaming Mesh' Tu. The woman is a hero.

Released by Riot Season Records. Big thanks to Andy. The man is a hero.


Hello. Our crummy band is called WORKIN' MAN NOISE UNIT. Apostrophe, no G. (Yeah, all the good names were taken, OK) From Reading, UK. We are drums, noise, bass, guitar, vocals, sound, energy, bad jokes, the smell of stale beer on sticky floors. Hit a few chords, see how it sounds. Live, tonight, not sold out.

WORKIN’ MAN NOISE UNIT started in 2010. Since then we’ve played on stages the size of a postage stamp and smaller than that too. And the back rooms of pubs and clubs and restaurants and record stores and pizza establishments and stinking practice rooms. In arts centres and galleries and warehouses and member-run community spaces. In dank basements, a flat in a shopping centre, an old bank vault, a crypt, a bicycle shop. Etc. Plus a few respectable venues accidentally allowed us in to make a racket along the way too.

And we’re still doing it because making music with your mates is fucking ace, isn’t it?

Been a good ride so far. Heard great music and met great people. Can no longer hold a conversation in a loud room because of screaming tinnitus but it’s probably been worth it. (Pardon?)

Our new record is called IT’S NOT NOTHIN’ and it has 11 songs and it’s out on the top notch Riot Season Records. It was recorded, mixed and mastered by Wayne Adams at BearBitesHorse. We reckon he even managed to make us sound half-decent, despite our best efforts. Have a listen to it if you fancy.

And then we’re getting back in a van loaded full of half-broken amps and weighed down by LPs and it all carries on. Dreaming of hot meals and bladder control. The motorway again. Set lists written on the back of old flyers and wetherspoons receipts. Snyder’s hot buffalo wing pretzel pieces, a.k.a. gold medals, washed down with buckfast. And how nice are chips? Well nice.

W.M.N.U. is The Jacuzzi Kid, The Brogue Tradesman, Kiplet and Crinkil. Plus all-time honourary member Tiki. Coming to an empty room near you soon.

Bandcamp Daily  your guide to the world of Bandcamp

Featuring Gary Bartz, 5 years of Rhythm Section Intl and an LP of the week by Nicolas Jaar